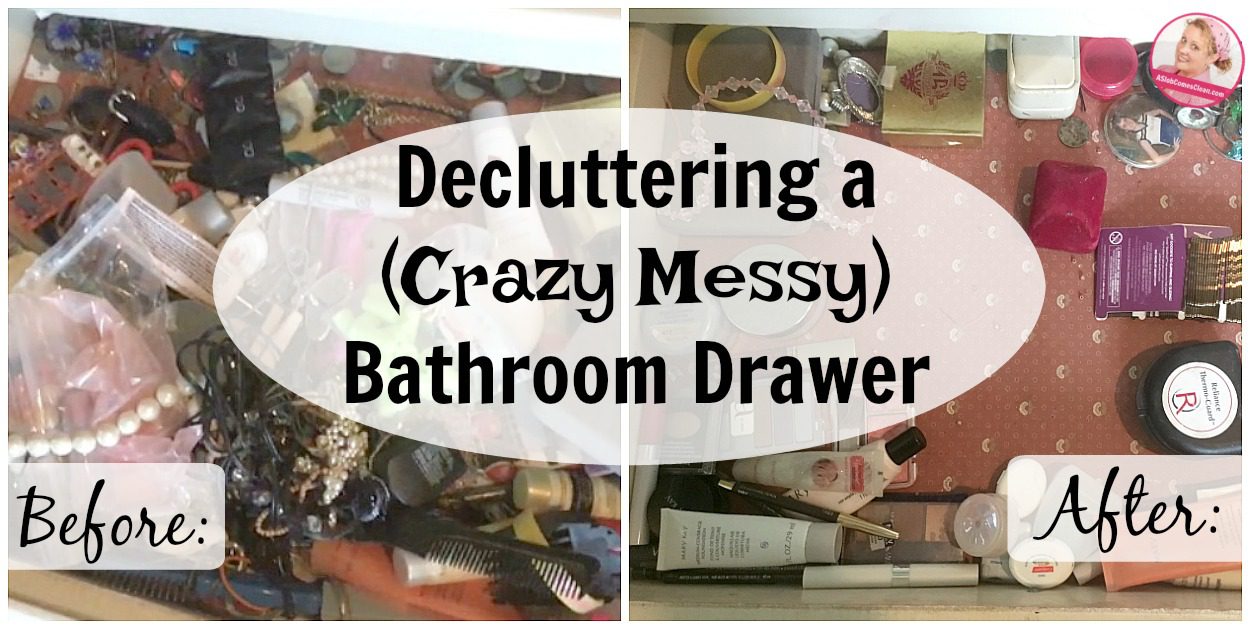 Hi, my name is Dana, and I write about decluttering.

And I still have to declutter my own home. Again and again and again because decluttering isn’t a one time thing and because I’m the world’s best re-clutterer.

Y’know how kids like to put a puzzle together, then tear it apart, then put it back together again? Just for the joy of the putting together?

It’s like that except it’s not like that at all. There’s no joy in decluttering a space again.

But I do it anyway, since I’m an adult and all.

So here was the before. Yes, I’m horrified, too. I have an amazing ability to function in the teensy amount of space available after being crowded out by the clutter.

But y’all, it was getting bad enough that I was struggling to function. And I needed to make a video, so there’s that, too. I started with trash, moved the easy stuff to already established homes (stuff like 67 or 6700 pens/pencils . . . ), stuck DUHs in the Donate Box, and asked myself my two decluttering questions again and again and again.

And then I consolidated. Moving like things together makes me touch everything. Every single thing. Touching every single thing makes me see trash and easy stuff and DUHs that I missed before. So here it was after that. After JUST decluttering. So much better. But then it was even better when I used this idea from one of you! You should watch the video. If you can’t see it for some reason, watch it on YouTube here.

P.P.S. I have no idea what happened to the “organizing thingies” I put in this drawer in this post. When the Tornado Chased the Storm Chaser