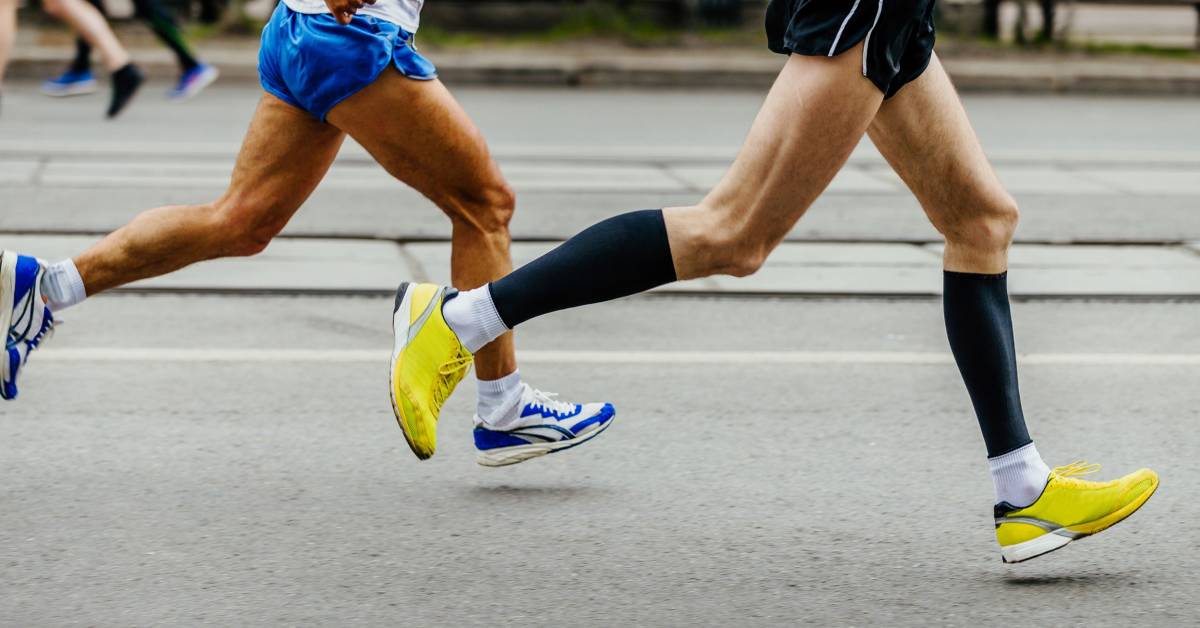 The best of swim, bike, and run — watch these world athletes compete on the Olympic stage in triathlons, marathons, decathlons, and more.

The marathon stands as perhaps the most iconic physical challenge of all. It dates all the way back to the 5th-century legend in which the Greek messenger Pheidippides was said to have run from Marathon to Athens, Greece, to deliver news of the victory of the battle of Marathon.

The distance was roughly 40 km, or as we know it today, 26.2 miles. And sadly, he’s said to have died after delivering the news.

Running (now the athletics category) was a key sport in the ancient Olympics and one of the original modern Olympic events in the first Games in 1896. This was alongside cycling and swimming, which have been featured in every single summer Olympics since.

Swim, bike, run. (The only other sports included in every run of the Games are fencing and gymnastics.)

Learn a bit about how each sport will function at this year’s Tokyo Olympic Games, and check out our favorite athletes to watch or jump to a specific section below:

The endurance category is one of the largest in the Olympics, consisting of over 50 disciplines across the athletics (track, field, and road), swimming, marathon swimming, triathlon, and cycling (track and road) sport categories.

Cycling is split into road — a road race and time trial — and track — with sprint, team sprint, Team Pursuit, Keirin, and Madison styles (and for the first time in Olympic history, a women’s Madison event as well). Also in the Olympics this year: BMX and mountain biking disciplines.

At this year’s Olympic Games, there’s also men’s Decathlon and women’s Heptathlon competitions, disciplines that put some of the most “ultimate athletes” to the test.

Triathletes to Watch at the Olympic Games

Maybe one of the easiest races to digest at the Olympics is the triathlon. The race is straightforward — there are no heats, no breaks, and men and women compete in a single race. The first athlete of each gender to cross the finish line is the winner.

This year, there is also a mixed relay triathlon, which is a short triathlon-style course. Both courses are located in Odaiba Marine Park.

Known for: the first triathlete to earn a spot on the 2020 USA Team with a fifth-place overall finish at the Tokyo ITU World Olympic Qualification Event; currently ranked third in the world overall.

Known for: 2017 Triathlon World Junior champion and 2018 World and Commonwealth Games Relay champion; Australia was the only country this year to secure the six maximum spots for triathletes headed to Tokyo.

Known for: two-time Olympian; gold medalist at the 2015 and 2019 Pan American Games.

Known for: two-time USA Triathlon Junior Elite national champion; youngest woman ever to qualify for the U.S. Olympic triathlon team; qualified for Tokyo in May 2021 with the first World Triathlon Championship Series win of her career.

Marathon Runners to Watch at the Olympic Games

A maximum of three athletes per country are allowed to participate in the marathon discipline in the Olympic Games, ranked by qualifying times.

At the Tokyo Olympic Games, 80 runners will compete for the men’s marathon and 80 for the women’s. Alternate runners qualifying are slated for the event. Check out our favorites to watch below.

*Editor’s Note: Performances achieved between April 6, 2020, and November 30, 2020, were not considered in the World Rankings and in the Qualification system.

A fan favorite and decorated Olympian — we predict he’ll podium at this year’s Olympic Games.

Known for: three-time Olympic medalist; gold medalist for the marathon distance at the 2016 Olympic Games; World Record holder for the marathon with his time of 2:01:39, set in 2018; also known for running the first sub-2-hour marathon.

Known for: four-time Olympian; four-time Olympic gold medalist; only the second athlete to win both 5,000m and 10,000m titles at successive Olympic Games; European record marathon record holder with a time of 2:05:11 set in 2018.

Known for: fourth-fastest marathon woman in Japanese history with her time of 2:20:29 set in 2020; holds multiple event records in half marathon and marathons.

Known for: 2008 Olympian; first female runner from the Namibia team to qualify for the 2021 Olympic Games; holds three national records for the 10km, half marathon, and marathon — all set in 2019.

Marathon Swimmers to Watch at the Olympic Games 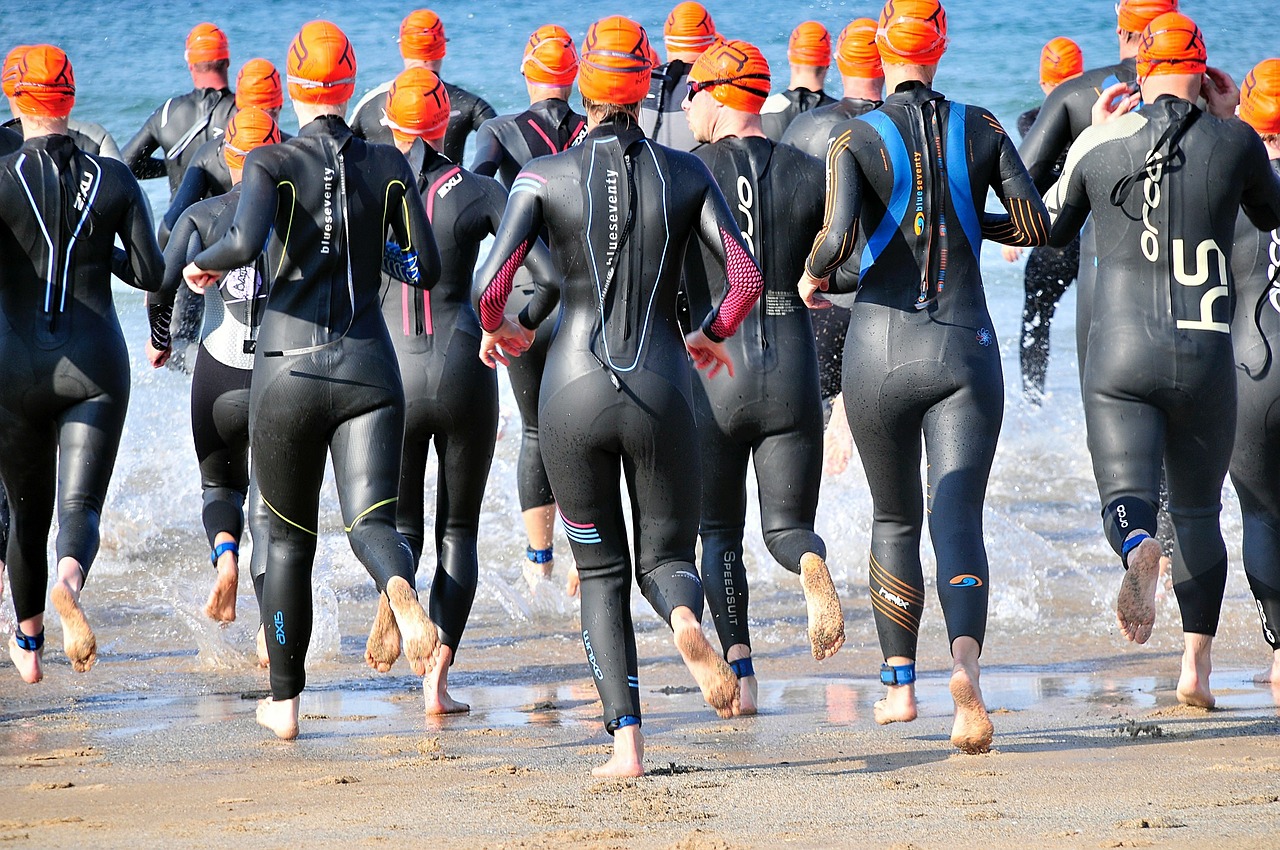 Known for: won gold medals in the 10km and 1,500m events in 2019, and became the first swimmer to do so in an international competition.

Known for: 2016 Olympian, placed 5th for the marathon swim at the 2016 Rio Olympic Games; won gold at the 2015 World Aquatic Championships for the 10K swim; was the first U.S. male swimmer to qualify for Tokyo 2020.

Known for: Marathon Swim World Series bronze (2018) and silver (2019) medalist; competed to qualify for the swim team for the 2016 Olympic Games but collapsed during the competition; qualified for this year’s Olympic team in April 2021.

Cyclists to Watch at the Olympic Games

At the Tokyo Olympic Games, over 190 athletes will participate in the road cycling category, with over 50 countries and nations competing. Given the large number of athletes competing, we’ve only highlighted the U.S. cyclists here. The U.S. Olympic Cycling team includes seven road athletes and eight track athletes, as well as four MTB and nine BMX athletes.

Outside the U.S. cycling team, teams from Belgium, Italy, Colombia, France, Germany, and the Netherlands are some to watch. 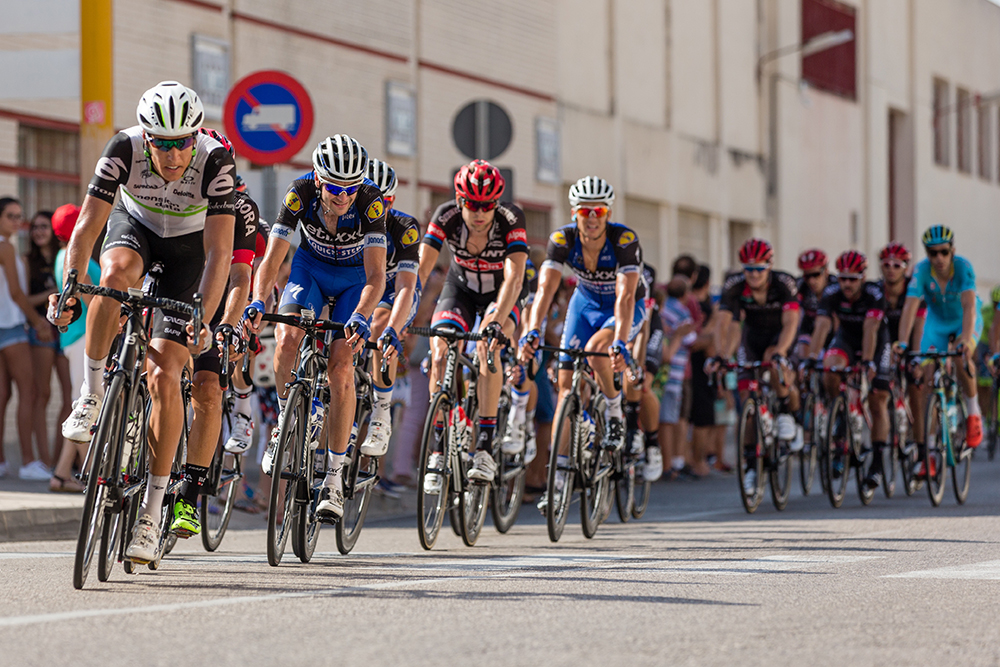 Known for: medalist at National and World Under–23 Road Championships (2017, 2019); in 2016, he became the fourth American ever to become a junior world champion at the UCI Road World Championships.

Known for: three-time Olympian; has ridden on professional teams for 19 years; took first place in the time trial at the National Road Championships from 2017 to 2019; 2008 UCI World Time Trial Champion.

Known for: two-time Olympian; silver medalist at the 2016 Olympic Games.

The Olympic Games: Schedule and How to Watch

Here are the scheduled highlights for the sports we’ve featured above. Note that for some disciplines, both genders (and mixed teams) compete on the same days. Read the full detailed schedule.

Find the Tokyo 2020 Games on NBC on cable, as well as Amazon, Apple, or Roku TV. Or, watch live and recorded Olympic sport competitions online at Olympics.com.

Surfing Takes Big Stage at the Olympics: Who to Watch, What to Know

Just like sport climbing, this year marks the first year surfing will be included in the Olympics. Here’s all you need to know, and which athletes will be hitting the waves. Read more…

How One Olympian Trains His Brain